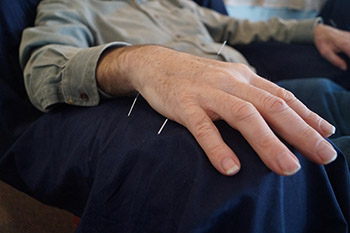 Acupuncture is an ancient form of Chinese medicine that is considered an alternative to traditional Western options. It is used to treat a wide variety of ailments and conditions, including pain management. Although it is not usually the first means people seek for back, neck or any other pain, it is a highly popular holistic approach for treatment. In addition, many Orlando Physicians are beginning to utilize it as a practice to reduce their patients’ pain. Dr. Norberto Fleites of DNF Medical Centers is one who has personally seen the results acupuncture has had on his patients.

How Does Acupuncture Work?

The practice of acupuncture relies on the belief that the body has its own levels of energy flow, with the life force of the body referred to as qi. The philosophy behind it is that qi must flow properly in order for the person to maintain their health. It also includes the belief of the body having more than 2,000 points that connect with pathways that conduct qi. To stimulate these pathways in acupuncture, thin needles are inserted into specific points throughout the body to maintain the qi’s proper flow.

Acupuncture has been shown to work based on stimulation of the central nervous system, including the spinal cord and brain. Most individuals who receive acupuncture as a form of treatment claim to experience a tingling sensation or feel relaxed or energized. How a person feels while receiving the treatment for pain management largely depends on their perception of it. Additionally, it varies from each individual, and no two people will feel exactly the same when receiving acupuncture. It is important to select knowledgeable Orlando Physicians to perform this task to obtain the best results.

What to Expect During an Acupuncture Appointment

Some areas on the body that are treated during acupuncture are referred to as micro systems. Micro systems are concentrated on when the individual has one specific area of the body that is experiencing pain. For instance, if the pain is in the person’s foot, the micro system connected to the foot will be the focus.

A chemical release takes place in the body as a natural response to acupuncture. This works to help treat the pain both physically and psychologically. Opioids, which have an analgesic effect, can be released in the brain. When that occurs, it allows the individual receiving the treatment to feel a reduction in pain, an effective means of pain management. Neurotransmitters and neurohormones may also be released during acupuncture, activating the hypothalamus and pituitary gland. Stimulation of electromagnetic points not the body can also be effective at managing pain with acupuncture as it is believed to stimulate endorphins, the body’s natural painkillers.

If you are living with pain and have tried traditional medical options that have not helped, it is well worth your while to try acupuncture. Contact DNF Medical Centers Today and make your appointment with Dr. Norberto Fleites and his staff of Orlando Physicians.