Obtain A Doppler Ultrasound At Our Walk In Clinic In Orlando 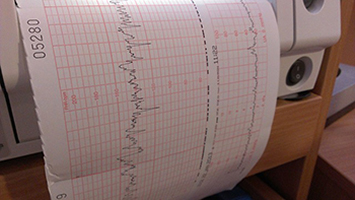 Numbness and tingling, leg pain or swelling can signal blood flow problems. Your doctor may order an ultrasound. Also called diagnostic sonography and ultrasonography, the radiation-free imaging is most often associated with pregnancy. However, the doctors at DNF Medical Centers execute vascular studies with Doppler ultrasound, an advanced type of sonography, at their Walk In Clinic In Orlando FL. The resulting images, called sonograms, reveal how the blood and blood vessels behave.

Numbness and tingling are just two symptoms of impeded blood flow or a vascular disorder. Leg and foot pain, weakness, cool or cold skin, cramping, and swelling may warrant further investigation, but a delay may be dangerous. These symptoms may indicate a thrombosis or blood clot has formed inside a vessel. A clot becomes an embolus when part or all of it breaks free to travel through the body. A clot blocking a coronary artery can cause a heart attack. A primary care physician at a Walk In Clinic In Orlando FL, such as DNF Medical Centers, saves time with in-house Doppler ultrasound. After a doctor hears your symptoms and performs a physical examination, you can have your ultrasound without leaving the clinic.

What is Doppler Ultrasound?

Ultrasound uses sound waves moving at frequencies 20kHz to build images of the bodies soft tissue structures. Where x-rays reveal bones and solid masses, ultrasound reveals internal organs, tendons, and vessels. An advanced form of ultrasound, Doppler ultrasound, bounces the sound waves off moving blood cells to determine the speed and direction of the blood’s flow. Doctors can use Doppler and color Doppler to get information on how much pressure the blood exerts on the vessels. Doppler reads the flow’s velocity through frequency changes and, similar to colors on Doppler radar, color Doppler displays different frequencies with colors.

The ultrasound machine or scanner has familiar components. You’ll see a monitor and central processing unit (CPU) similar to a desktop computer. Unlike the average computer, this machine has a probe that makes, sends and receives the sound waves. That probe contains quartz crystals vibrating to generate sound waves and emitting electrical current when the sound waves bounce back. The ultrasound technician spreads mineral oil based gel on your skin allowing the probe to glide. The probe’s shape affects its penetration depth and image quality, so a sonographer, ultrasound technician or doctor may change probes when moving from one body area to another, or when focusing on a specific region.

Without the ionizing radiation of X-rays and CT scans, traditional ultrasound is safe for pregnant women. However, Traditional ultrasound uses intermittent sound wave pulses where Doppler’s sound waves are continuous. While Doppler reveals fetal cardiac abnormalities, there are no studies evaluating its safety. With this in mind, experts have advised doctors to avoid routine ultrasounds, performing them only when a condition’s change warrants investigation. Otherwise, Doppler ultrasound is safe for the vascular studies that institutions such as DNF Medical Centers perform. Doppler lets Walk In Clinic In Orlando FL diagnose circulatory problems faster, getting you into treatment and easing your pain sooner. Visit us today by visiting our contact page: https://dnfmedicalcenters.com/en/contact-us/